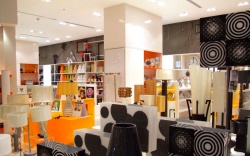 Around one in eight shoppers questioned say they have walked away from a major purchase in a store or online over the past 12 months because the retailer could not offer credit.
Source: Pay4Later Ltd.

Retailers who cannot provide finance packages for major purchases are missing out on around £4.9 billion in sales a year, research1 from retail finance specialist Pay4Later shows.

Pay4Later, the UK's fastest growing provider of point of sale credit, enables retailers to offer finance solutions including interest-free credit to customers and carried out the research to find out what finance services shoppers want from store groups. The study found people are cancelling purchases either because retailers reject them for credit or because retailers do not offer finance packages.

Around one in eight shoppers – equivalent to 5.68 million adults – questioned say they have walked away from a major purchase in a store or online over the past 12 months because the retailer could not offer credit. Around two-thirds (65 per cent) of the failed purchases would have been for less than £750 – but the average value was £880 with eight per cent planning to spend more than £2,000, the research shows.

Younger shoppers are more likely to cancel a sale because they cannot get credit – 22 per cent of those aged 18-24 years old have walked away from a major purchase in the past year because they were not offered finance. Pay4Later, which works with over 1,000 retailers including The Watch Hut, Mothercare and leading car dealer Pendragon, has expanded its panel of lenders to substantially increase the chances of shoppers being accepted for credit.

Scott Law, CEO of Pay4Later said: "With nearly £5 billion in sales going missing in the past year because retailers cannot or will not provide credit it is clear there is an issue that needs to be tackled. It is not just the lost sales for retailers – there is also the issue of would-be customers being embarrassed if they are rejected when they apply for credit. Nobody should be lending – or borrowing – irresponsibly but stores should be making it possible for customers to complete transactions on their terms."

"When Government figures are showing retail sales have risen year-on-year for 18 months in a row it should be obvious that stores which cannot offer credit will lose out to competitors."

How to build a chatbot: iAdvize launches Bot Builder for retailers

Businesses can now create their own chatbots for online customer service