How secure is your mobile POS?

The various approaches to protecting POS data in smartphones and tablets 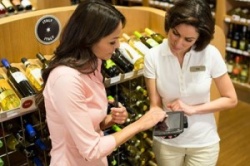 One of the most common questions regarding the use of tablets and smartphones in mobile POS systems is, “How secure are they?” The answer depends on the installation.

The PCI (Payment Card Industry) list of validated applications so far does not include Apple’s iOS or Google’s Android mobile systems, but that doesn’t mean securing these systems is impossible. Participants in a panel discussion moderated by Stephen Bergeron, APG’s Vice President of Global Marketing, at RetailNOW in early August discussed the various approaches to protecting POS data in smartphones and tablets.

One of the biggest sticking points is the potential for hacking when transaction data first enters the smartphone or tablet. Anytime data is added to a mobile device in a POS system, just about any app on the device potentially can access the data, said Adam Perella, Manager with 403 Labs, the Security & Compliance division of Sikich LLP. Even if the device itself automatically encrypts the data, there’s a moment when the data is in clear text and, as such, at risk.

How secure that data is depends on the lengths to which the POS system’s developers went to prevent prolonged exposure of transaction data once it enters the device. Perella urged VARs to research a solution’s security before recommending it to customers. If the solution hasn’t been validated against the Payment Application Data Security Standard (PA-DSS) by a Payment Application Qualified Security Assessor (PA-QSA), it’s best to stay clear of it.

Eric Lecesne, Vice President of Product Management at identification products maker ID Tech, said the best way to secure transaction data is to encrypt it before it gets to the mobile device. To strengthen protection, he said, you can add a layer of what he called “active security” – a mechanism to erase any data in the device should someone ever try to break into it.

David Gosman, Senior Vice President at payment card processor Heartland Payment Systems, pointed out the need for securing the point-of-sale system with tools such as antivirus and only using POS software that is PA-DSS validated. Beyond that, Gosman said how you set up the POS system also has an effect on security. He listed three basic approaches – integrated, non-integrated, and semi-integrated.

The most popular approach is integrated, which routes the data into the POS system, regardless of whether it’s encrypted, and the system processes card payments. Non-integrated systems separate the POS from the card payment processing device. “It’s not really a great customer experience, because you ring it up here, and then you’ve got to type in the dollar amount there on the second terminal. That’s not so good.”

The preferred approach is semi-integrated, “which means that the POS is driving the actual transaction, but all the transaction data is going directly from your payment device right up to your processor,” Gosman said. “What that means is that your POS software never gets access or visibility to the credit card data, encrypted or not.” Encryption is recommended in all cases, but all things being equal, the semi-integrated approach is the most secure method to process integrated payments.

Perella endorsed the idea of network segmentation to prevent breaches. “We encourage resellers, or anybody who’s going to be installing these devices, to look at how the devices are connected and to segment them, if possible, so that a POS system talking to the back of house server can’t talk to the computer employees use to surf the Internet.”

There was a lot of good food for thought during the panel discussion. Anyone installing mobile POS systems should heed the advice of these experts to ensure their customers’ POS systems are safe.

The evolution of retailing through the "cash perspective"

A new approach to cash handling

Cash as a service

Goodbye cash – or maybe not? Germany’s relationship with cash and credit cards

Electronic payments are on the rise – cash payments continue to decline. Is that a sign that Germany will soon abolish cash? That‘s quite unlikely.