Panomera is “CCTV Camera Equipment of the Year”

The IFSEC Security Industry Awards, given every year on the occasion of the IFSEC fair in Birmingham, UK, honour the respective best products and innovations from the security technology sector launched on the market over the course of the previous twelve months. Particular emphasis is placed on the product’s innovative features and how it sets itself apart from possible similar competitors‘ products.

This year, Dallmeier’s new “Panomera” camera technology was nominated in the “CCTV Camera Equipment of the Year” category. In the finals, Panomera won out against five other strong competitors and convinced the jury, composed of chairman Alex Carmichael, Technical Director at BSIA (British Security Industry Association) and eight other high-ranking representatives from the British security industry.

“We had already worked closely with end customers during the development of Panomera and received very positive feedback. Winning the IFSEC Award shows once more that today Panomera’s camera concept is already considered to be a trend-setting innovation by international industry insiders and video security specialists. We are certain that the Panomera technology will change the video security market in the long run,” said Dallmeier Marketing Director Georg Martin.

Panomera is a completely novel HD camera technology. Developed specifically for the all-encompassing video surveillance of expansive areas it outshines all previous solutions. Enormous widths as well as areas with large distances are displayed in a completely new resolution quality, with up to 51 megapixels in real time and at high frame rates of up to 30 fps. Panomera provides a new resolution quality that goes way beyond the capabilities of standard 180°/360° cameras. It redefines the often heard term “high resolution” because the Panomera effect sets in where HD and megapixel cameras reach their limits. 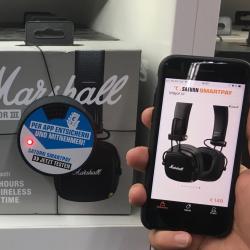 When the product becomes the POS

“Mobile-first” or the future of the Point of Sale

The classic Point of Sale means physical sales areas including a terminal, cash systems and queues. But this traditional image is changing. Nowadays many customers in brick-and-mortar retail outlets expect the same experience as online and require ...