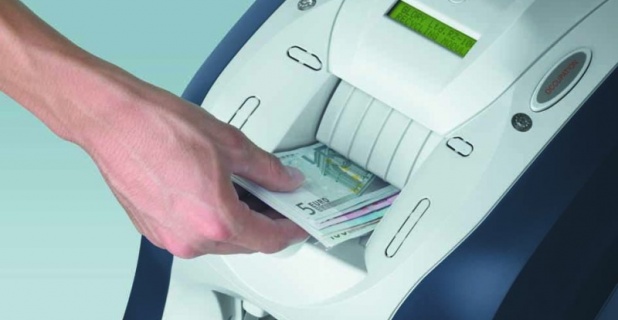 Cashless and also ever more often contactless payment with credit card or cell phone is on the rise. Nevertheless many customers still prefer to pay with bills and coins. The German Federal Reserve however has largely backed out from directly supplying cash to the retail market. That’s not the only reason small stores as well as large chain stores are highly interested in new choices that reduce costs in cash handling and at the same time increase safety.

Waiting times at the checkout counter are a never-ending topic at the EuroCIS. Cashless payment is much quicker than paying with cash, say banks, credit card companies and payment service providers. Yet still many customers want to pay cash for their purchases. Cash change machines can speed up the payment process at the cash register. Some retailers separate the scanning and paying processes and send customers to special machines to pay, where they can scan their own sales slip and then pay with credit card, bills or coins.

That said, cash is not cheap. Procurement from the bank costs money as well as filling the cash registers, counting and transporting it after closing time. Retail is more and more counting on automation – at the cash registers as well as in the back office where cash handling is meant to become more efficient and faster. Cash recycling, the re-entry of change that’s been taken into your own money flow reduces costs.

Armored cash transportation services see new opportunities for new services. New collaborative efforts are developing between retailers, merchant services providers and banks. In Germany, the DZ Bank der Genossenschaftsbanken together with Cash Logistik Security AG offers retailers a safe-solution to economize cash handling. The safe automatically counts the money – and this way the risk is also immediately transferred to the bank. The retailer’s account gets credited much faster than before. Deichmann and Karstadt were the first large chain stores that took advantage of this service nationwide. The bank acts as the solvent contractual partner and Cash Logistik services and empties the safe. The cash transactions are secured by R+V Versicherung (R+V Insurance Company) that is also part of the cooperative financial group.

Manufacturers of cash handling equipment are also aided by this tailwind. Their equipment recognizes counterfeit money, sorts bills and coins, takes care of safekeeping and distributing the needed denomination to cashiers before the stores open. The fewer people handle the cash, the safer the process is, they say. But there are two sides of the coin to investments. Aside from security, cost reduction is also important. Handling money is a matter of trust. The fewer employees are assigned to it, the more you can save. What makes retailers happy is met with distrust by labor representatives.

In November 2011 it became known that the German hypermarket chain Kaufland wants to outfit all of its locations all over Europe that will be newly built over the next few years, with cash processing machines by Swedish manufacturer Scan Coin. Later on, already existing stores are meant to be retrofitted. Employees debate the impact in the Kaufland-Forum on the Internet: “Only self-checkout counters anymore and then just ask how much a cashier without responsibility is going to make. And then they will make cuts in the pay office; no amount of team spirit, surveys or minimum wage is going to help us here. We are the 'pawn sacrifice'.”

Kaufland, headquartered in Neckarsulm, Germany, just like Lidl belongs to the Schwarz-Gruppe (Schwarz Group) and operates grocery stores and department stores. Gunnebo – just like Cash Coin from Sweden – equips Lidl in Sweden with its closed cash handling system. Like many other hardware suppliers, Gunnebo has long since seen itself as a comprehensive security solution provider and delivers its cash handling solution SafePay to the discount store.

As the world’s first retailer, IKEA launched the new solution by Wincor Nixdorf, called Cineo to automate cash handling in its stores. After a successful pilot phase in France and Germany, Cineo has already been installed in more than 40 stores in ten countries says Wincor. The money that’s been taken in is automatically verified at the pay-office at the end of a work shift and compliantly with a full audit trail deposited in the storage media of the Cineo equipment. At the start of their shift, authorized employees receive accurately defined amounts of bills and coins. Cash boxes serve as storage media, which can also be used for the cash transport by the cash systems supplier. Wincor promises more security and less time expenditure. The solution consists of consulting, hardware, software and service features.

This trend has already been seen for several years at the EuroCIS: just with new equipment alone retailers can rarely be won over. Manufacturers have to also offer easily adaptable software and evolve into business process consultants. They have to ensure customer service themselves or through partners – and this doesn’t just refer to the equipment, but also software training classes for the users.

“We want to optimize operations and thus reduce the cost of manual work, minimize errors while balancing the cash register and increase cash safety“, Günter Heppes, IT Director at Bartes-Langness, recaps the requirements that other retailers also define as such. In May of 2010 Bartels-Langness initially started its test run with Cineo by Wincor in three North German familia department stores and included more stores in 2011.

A comprehensive overview at the EuroCIS

The Japanese supplier Glory is also among the 2012 EuroCIS exhibitors in the area of closed cash handling systems and is introducing its solution called Cashinfinity to the retail market. Since the end of October, new equipment with its own software for point of sale and the back office has hit the market. Glory Europe, founded in 1991, is headquartered in Frankfurt, Germany.

Other exhibiting companies offer cash management solutions. Companies that have specialized in individual components such as safes, vaults, cash drawers and equipment to count and identify counterfeit money are also interesting. They can also be combined with comprehensive solutions for cash handling. Suppliers of cash register systems are also promising to have exiting products. EuroCIS is also worth a visit for good old cash. 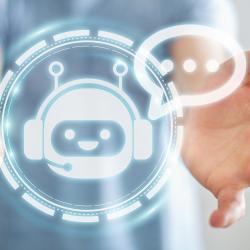