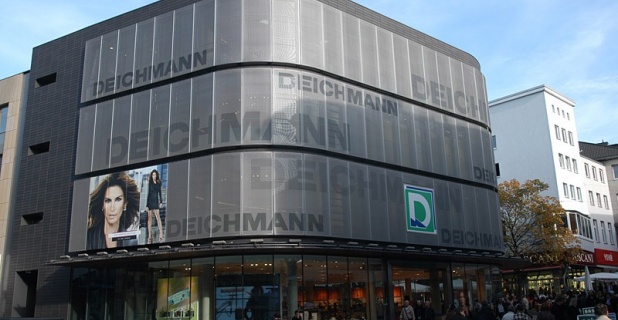 No other shoe shop in Germany has been as successful as DEICHMANN in expanding their business over the past few decades. In 1913, Heinrich Deichmann established his first shoemaker’s workshop in Essen-Borbeck – and within 96 years, the business has grown into an international corporation with about 2,700 stores in 18 European countries and the US. In Europe, 3,115 Torex POS systems are used to scan and sell the company’s goods day after day. The POS stations all work according to the same principle and are extremely easy to operate – and this is one of the secrets of DEICHMANN’s successful internationalisation.

DEICHMANN’s business model is founded on efficient organisation and attractive prices made possible by purchasing large quantities of stock straight from the manufacturer. DEICHMANN has a great number of stores, most of which have a single POS station. For this reason, it is important to maintain a consistent software and hardware landscape throughout Europe. This standardisation provides a solid basis for rapid expansion and further enables the company to manage a large number of systems distributed across several countries with a relatively small staff.

All stores throughout Europe report directly to company headquarters in Essen-Borbeck, which is also where central merchandise scheduling takes place, as the individual stores do not order goods on their own. As a result, DEICHMANN does not require a store-based merchandise management system, but instead relies on a compact, cost-efficient POS system that offers many functions and directly communicates with the central ERP solutions. Another prerequisite is that new employees must be able to use the system without lengthy training. The shoe discounter has been employing the POS solution from Torex with great success for many years, using it as a pure POS system with a few add-on tools that provide functions for stock taking, statistics and deposit/disbursement. These POS systems exchange a broad set of data with the ERP system centrally hosted at DEICHMANN. Torex POS sends its transaction logs to the ERP system and in turn receives information on pricing and the item master containing up-to-date sales prices. This setup allows headquarters to launch and control targeted promotions for any number of stores over specified time frames.

“Torex always finds ways to overcome any upcoming challenge and provides the right solutions in the form of Torex POS. This also characterises our excellent and trusting cooperation of many years. Owing to all this, we are able to push ahead the international expansion of our business with much greater ease and at a better price.”
Karsten Schütt

DEICHMANN employs a version of the Torex POS solution tailored to specific company requirements, including a customised user interface run on a Linux derivative from Redhat. However, due to increasing global expansion, there is a constant need to introduce various extensions to the POS solution, and the present platform is no longer suited for handling this. “This is why we decided to migrate to a different operating system as a first step”, explains Karsten Schütt, Managing Director of DEICHMANN. The Linux derivative WNLPOS from Wincor will be rolled out in the first half of 2010 for the current POS version 2.19, and this will form the basis for the new version 2.9 of the Torex solution, which is being developed in close cooperation between the two companies. It caters to DEICHMANN’s specific needs and will be implemented starting in mid-2010. The upgrade will be performed remotely, so technicians will not need to visit the stores.

“A POS system grows with the ability to continuously adapt to new requirements resulting from ongoing internationalisation”, says Karsten Schütt, adding, “In the past years, Torex has succeeded time and again in accounting for new, country-specific challenges and offering appropriate solutions.”

Torex POS will soon offer many new functions that DEICHMANN needs as part of their further international expansion, including features related to tax law requirements, language support, various rounding rules and many more. “The need to support tax law requirements of other countries will steadily grow”, explains Uwe Metz, Head of POS at DEICHMANN. He goes on to say, “The job of the new version is to provide the functionality to take care of precisely that.”

“The POS solution from Torex provides us with a highly flexible POS system that precisely meets our needs and optimally maps DEICHMANN’s processes – a compact, cost-effective solution that covers a broad range of functions and that any new employee around the world can operate in the shortest time due to its intuitive interface.”
Uwe Metz

In concrete terms, this means that the POS system used in an international context must fulfil the finance authorities’ requirement to document turnover taxation in a comprehensive and tamper-proof manner, thus preventing data manipulation and tax fraud. Each country has its own list of requirements. “In order to implement these fiscal provisions in a POS system, the transactions relevant for taxation must be encapsulated on the software side, which is precisely what Torex POS does”, says Uwe Metz.

Another important aspect is the multi-lingual capability of a POS system. So the application must support Unicode, which is needed to properly display Cyrillic or Japanese characters. As another valuable Torex POS feature, DEICHMANN will be able to enter context-sensitive translations on screen, rather than having to maintain unwieldy Excel tables as has been the case in the past. “The same text is never the same length in different languages, and the context is highly important when translating, for example, a German expression”, explains Uwe Metz. “So if you translate terms blindly using an Excel table, you’ll never know whether the term in the target language shown on screen or on the receipt will make any sense. If you’re lucky, it is merely hard to read, because the line is too long or words are separated in a stylistically poor fashion – however, the result might also be downright wrong.” Therefore, DEICHMANN’s retail speak must be translated from German such that, for instance, an unskilled employee in Hungary can easily read and readily understand the text.

This is where the context-sensitive support offered by Torex POS comes into its own: In the future, the translators will work directly at the POS terminal, so they will immediately see whether the translation is comprehensible on the foreign display. Thanks to this, even untrained staff will be able to operate their POS terminal in any store throughout Europe intuitively after just a few minutes. This is important since DEICHMANN has thousands of employees but no fixed cashiers, so an intuitive POS system featuring local language support is a must. “Torex really tried hard to make these central features work”, says Karsten Schütt, “and the results speak for themselves: Within just two minutes, every employee knows what buttons to press to start a standard cashier operation. This allowed us to reduce employee training expenditures by an amazing 80%. And this is exactly what we need when opening new stores in faraway countries, since we don’t have the capacities on site to perform lengthy staff training.” The Torex solution already supports 20 languages at DEICHMANN, and further ones will be added in the course of the following years, including Spanish in 2010.
With regard to payment transactions, Torex POS can also handle country-specific requirements, such as those of Denmark and the Netherlands, where – contrary to common practice – the POS does not issue commands to the terminal. Instead, the payment terminal takes control of the POS system when a payment is made. As opposed to the standard unidirectional interface from POS to terminal, suddenly computer-to-computer communication takes place, with one device taking over the other and controlling its actions. Torex POS supports this procedure: From one moment to the next, the software can ‘trade places’ and receive commands from a peripheral device.

The Torex solution further stands out due to its ability to implement the different rounding rules applied around the world: While country A might use commercial rounding, country B may ignore decimal places, and in Poland rounding is never performed as a rule. So, special promotions such as “Take 3, pay for 2” must be mapped accordingly in the corresponding POS system.

The POS solution from Torex has the right answer to all of these country-specific peculiarities, thus meeting the ever-growing demands of an expanding company such as DEICHMANN. Says Karsten Schütt: “This is why we’ve come to appreciate this manufacturer so much, and it is also characteristic of the excellent partnership we’ve maintained over the past years. The company keeps finding ways to overcome upcoming challenges, many of which we had not even been aware of, and provides the right solutions in the form of Torex POS. We always work with fixed contacts, and Torex has been providing a continuity that builds trust – all in all, it has been a very active and positive cooperation.”

Harmonize your IT landscape with euroSUITE

Highly flexible POS solution for the food and drug industry 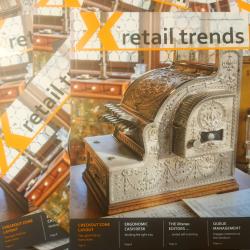