Digital money – also known as cryptocurrency – has finally made its way into the offline world. Since April, Japan officially recognizes online currencies as means of payment. Known as the “Bitcoin City”, the Dutch city of Arnheim widely accepts the alternative currency in its shops. Retail acceptance of digital money is also on the rise in Germany.

The world is one big marketplace and has no different national currencies. Wishful thinking? Not according to Bitcoin fans. Bitcoin is based on a decentralized peer-to-peer network, is therefore not tied to any country and doesn’t require an intermediary such as a bank for example. All transactions are recorded in a decentralized database. The number of currency units is also predetermined. Bitcoin cannot be copied infinitely and is thus considered inflation-proof. 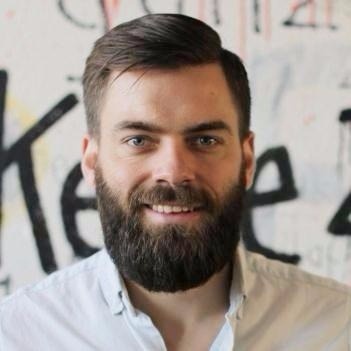 The term “cryptocurrency” is actually not a protected concept. Bitcoin, Ethereum, Litecoin, Ripple, and Monero are among the big names in the crypto coin realm. Having said that, Bitcoin, the cryptocurrency pioneer, is presently not only the most commonly used digital currency in Germany but also in the world. Levin Keller, Board Member of the German Bitcoin Foundation, explains, “Bitcoin accounts for 60 to 70 percent of trading volume in digital currencies. Among the cryptocurrencies, Bitcoin currently has the greatest liquidity and lowest value fluctuation. “However, the new currency is still quite impulsive compared to the Euro, Keller adds.

Panacea or Kryptonite for the retail sector?

Recently, the ECC Payment Study vol. 21 compared the potential of Bitcoin with that of instant payments. It surveyed retailers and consumers from Germany, Austria, and Switzerland. The study concludes that Bitcoin only draws tepid interest in comparison. Instant payment is leading the field. It adds that this preference might also be due to Bitcoin’s unfamiliarity.

Radoslav Albrecht, the founder of Bitbond, a global Bitcoin lender, thinks the advantages are obvious. “Bitcoin is only in its early stages of development. When email was introduced, the benefits were also questioned and today we write emails almost every day. The advantages of this digital payment method include its global usability, speed and cost savings.“ 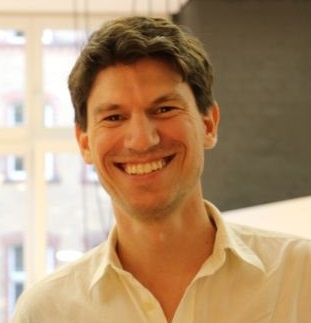 Albrecht Radoslav Albrecht, the CEO of Bitbond encourages retailers to simply try out the technology because it still is a true competitive advantage in the retail sector at the moment.
Source: Bitbond

Bitcoin is a currency that anyone with an Internet connection is able to access. People in some countries around the world don’t have access to digital payment methods such as credit cards or PayPal because they don’t have a bank account for example. Bitcoin makes shopping easier for them or actually enables them to shop online for the first time. Aside from building a potential new global client base, speed is another advantage. When a customer pays with bitcoins, they are available in the blink of an eye. Meanwhile, this enables the retailer to immediately ship the products. Retailers are also able to take advantage of quick delivery times if they use bitcoins to purchase their own merchandise for example. Products from other countries can be immediately shipped without any time delays. Unlike with credit card payments, where it might take four to eight weeks for funds to be available on the retailer’s account.

With payment providers that convert cryptocoins, payment is possible within one week. Credit cards usually charge a fee ranging between two to three percent of the transaction amount, whereas payment providers like BitPay or Coinpay feature far better terms at around one percent. These savings offer retailers new ways to attract customers.

To invite customers to test and regularly use the new system, some retailers in the U.S. already offer their customers discounts between 5 and 15 percent. Apart from the retail-related benefits, Bitcoin users also recognize an idealistic component. Independent from banks, users fully control what happens with their money at any given time.

Albrecht adds, “The Bitcoin system is also very fraud proof because there are no chargebacks. This way, the retailer can feel confident that customers don’t ask for their money back after one to two weeks. A clear advantage for the retailer, though it might alienate some potential customers. The only drawback for retailers is the change in currency exchange rates. However, this concern can be entirely eliminated by involving payment providers. “ 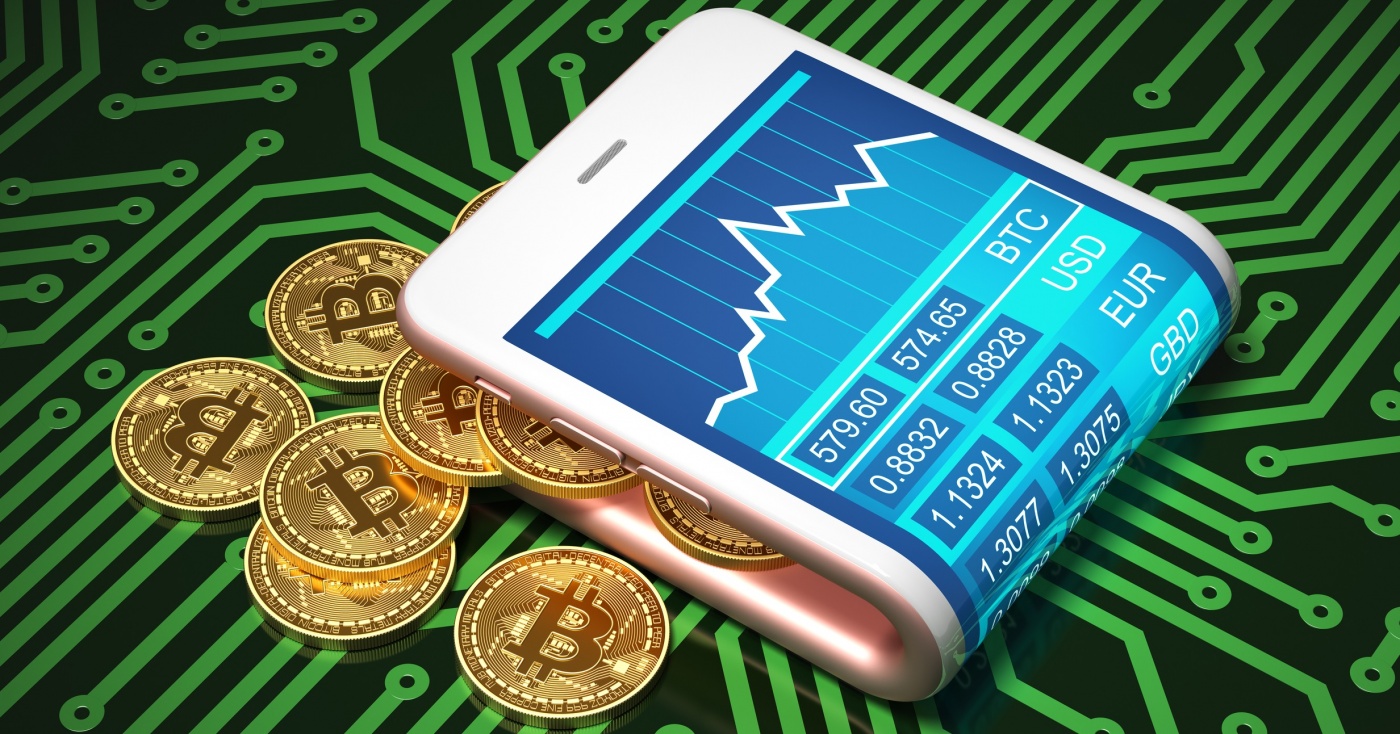 Leave your wallet and cards at home in the future

How does the application work? Tomorrow’s customer no longer needs to carry a heavy wallet but instead installs a digital wallet via an app on his/her smartphone for example. Wallets can be loaded with bitcoins that can be purchased at marketplaces like Bitcoin.de for instance.

The sales person in the brick-and-mortar store enters the amount into the POS during the checkout process. Self-service is the preferred mode in online retail. A QR code appears after clicking the “Pay with Bitcoin” button. It is scanned and confirmed with a PIN code. Done. All you need is an Internet connection. 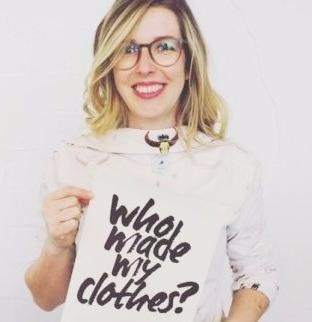 Mimi Sewalski, Managing Director of the Avocado Store, explains how she discovered the digital coin. “We simply tested it with our in-house experts. “
Source: Avocado Store

Retailers jump on the Bitcoin bandwagon

Avocado Store, a German marketplace for eco fashion and a green lifestyle, has also joined the fray. The store uses a payment provider that converts the coins and sends Euros to the business account. Mimi Sewalski Managing Director of the Avocado Store says: "80 percent of  our Bitcoin users are men and loyal customers. In addition, this particular customer group exhibits significantly lower return rates and is tech-savvy." Keller cautions those who hastily conclude that Bitcoin will tremendously boost their sales. “The fact that a retailer offers bitcoins doesn’t automatically mean that everybody takes advantage of this opportunity. The percentage achieved with bitcoins is typically under one percent. “This is also true for the Avocado Store. However, Ms. Selwalski still believes it is an advantage to offer bitcoins as a payment method. “We signal that we are on the cutting edge of technology and appeal to a different target group. This also resulted in an additional unintended PR effect. We received many interview requests and customer replies with positive feedback. As a startup in Hamburg, we also piqued the interest of potential new associates. “ 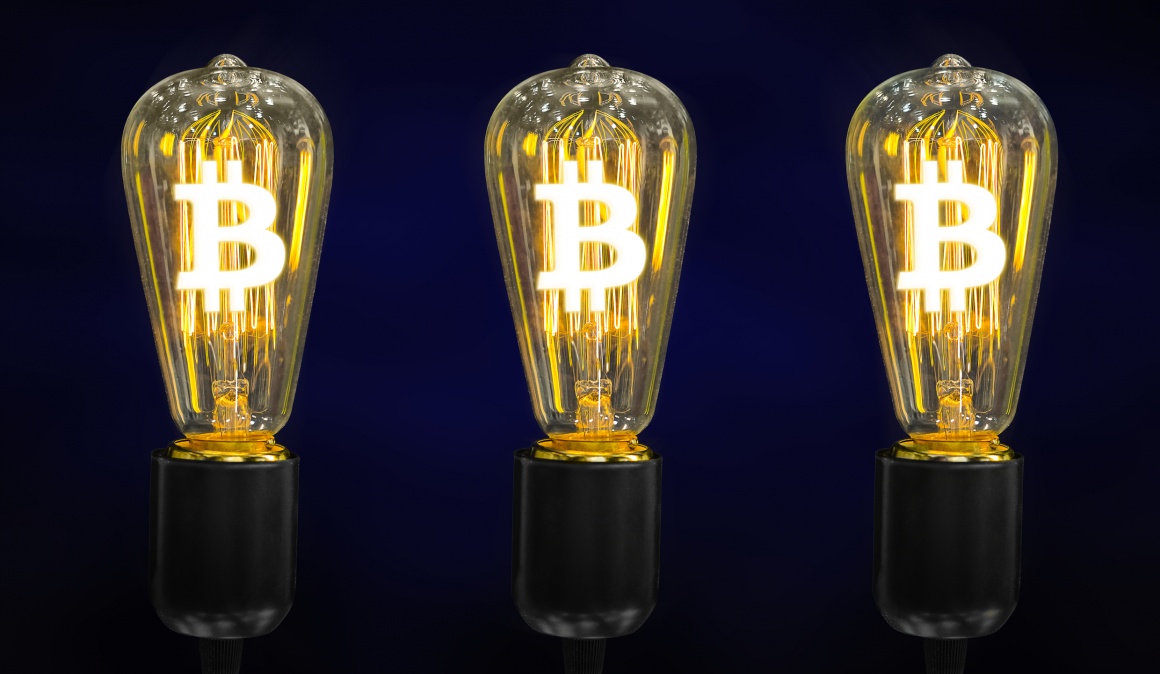 Is Bitcoin the bright idea that will solve all retail problems?
Source: panthermedia.net /new_vision

Not just for tech insiders

Those who integrate Bitcoin via payment providers require no additional infrastructure. The solutions are compatible with most store systems. The online currencies can be easily integrated into existing payment terminals or tablets, even in brick-and-mortar retail. It is also possible to directly accept bitcoins without payment providers converting them into Euros beforehand. However, Keller points out that “speculative gains are taxable when you do your own accounting with Bitcoin. Reporting might involve complex accounting. At present, it definitely makes sense to involve a payment provider and avoid the issue of currency speculation. “

It will be interesting to see whether Bitcoin will gain momentum as a payment method or remains hype or whether another cryptocurrency will come out on top in the end. Maybe we are on the cusp of a revolutionary paradigm shift in the retail sector.