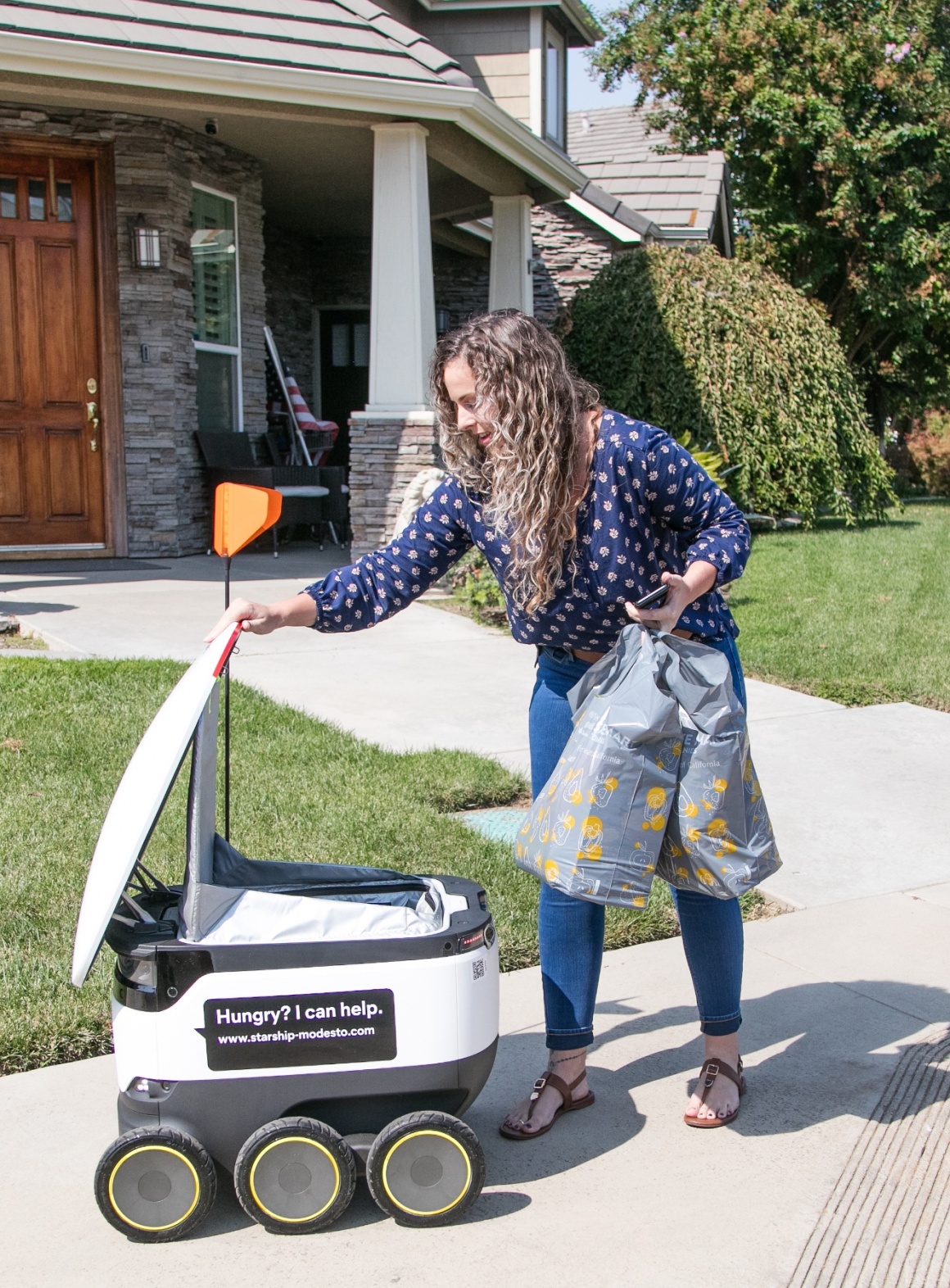 Save Mart has announced the launch of an on-demand grocery delivery service to its guests at the flagship store in Modesto, California in partnership with robot delivery company Starship Technologies. Marking the one-year anniversary of its opening in October, Save Mart’s flagship store serves as an innovation lab and is the first grocery store in the U.S. to partner with Starship Technologies.

The robots, each of which can carry up to 20 pounds of groceries – the equivalent of about three shopping bags – and can travel up to four miles roundtrip, provide a safe, low-cost and contactless delivery alternative for Save Mart shoppers, allowing them to order thousands of items via the Starship app for on-demand delivery straight to their home.

“With the onset of the pandemic, our service became increasingly important to thousands of residents in communities across the U.S.,” said Ryan Tuohy, SVP Business Development at Starship Technologies.

Shoppers can access the Starship Food Delivery app (iOS and Android) to choose from a range of their favorite groceries and indicate where they want their purchases delivered. Once an order is submitted, Save Mart team members wearing required masks and gloves gather delivery items and carefully place in the clean robot. Every robot’s interior and exterior is sanitized before each order. Shoppers can then watch, via an interactive map, as the robot makes its journey from the store to them. Once the robot arrives, they receive an alert, and then meet and unlock it through the app. The delivery will typically take just a matter of minutes, depending on the items ordered and the distance the robot must travel. 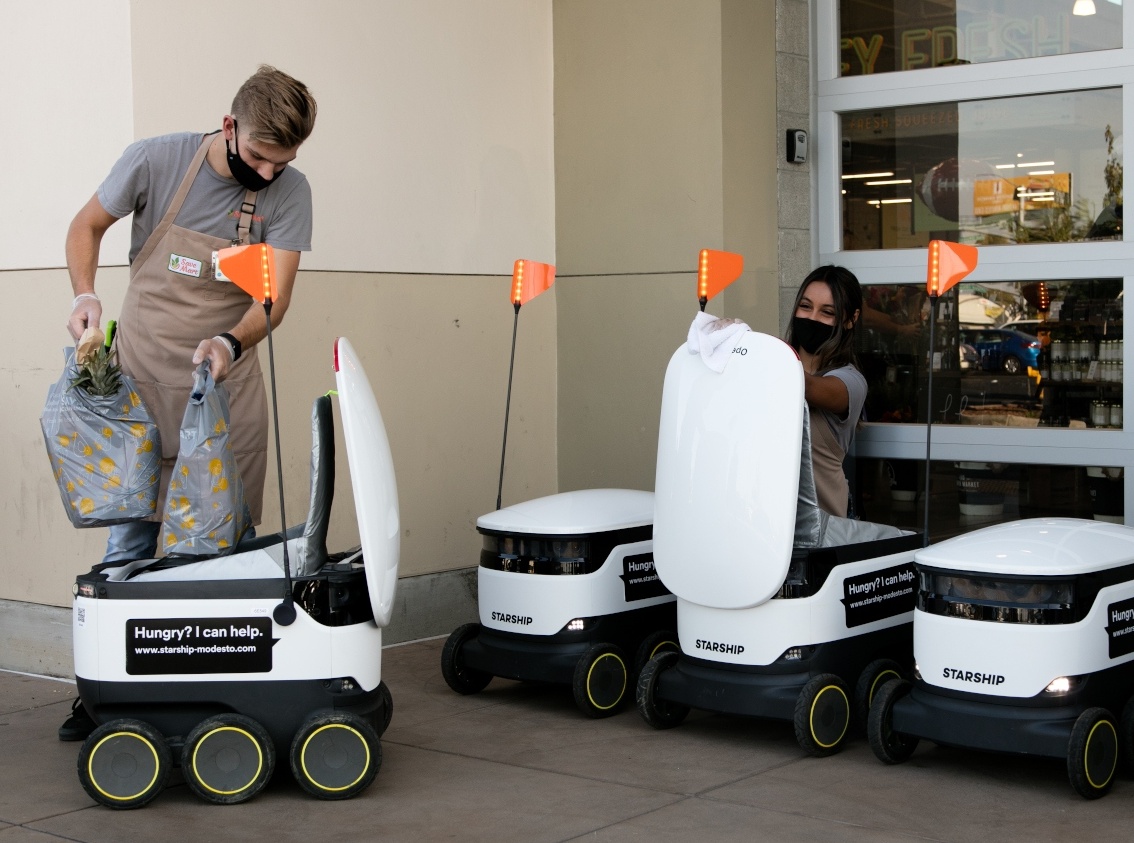 Starship Technologies operates commercially on a daily basis around the world. Its robots have completed over 500,000 autonomous deliveries and crossed more than five million streets. The robots move at pedestrian speed and use a combination of sophisticated machine learning, artificial intelligence and sensors to travel on sidewalks and navigate around obstacles. The computer vision-based navigation helps the robots to map their environment to the nearest inch. The robots can cross streets, climb curbs, travel at night and operate in both rain and snow. A team of humans can also monitor their progress remotely and can take control at a moment’s notice. 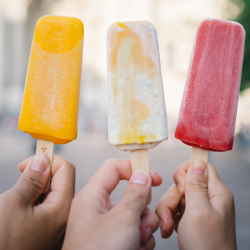 Robomart, the world’s first store-hailing service, has announced a partnership with Unilever, the world’s largest ice cream producer, under its virtual storefront, The Ice Cream Shop. Unilever will deploy a fleet of Ice Cream Robomarts ... 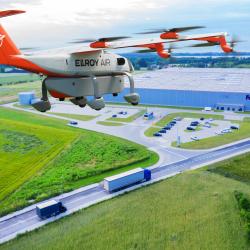 FedEx Express is teaming up with California Bay Area-based Elroy Air, the company building the first end-to-end autonomous vertical take-off and landing (VTOL) aerial cargo system. As a first of its kind agreement in the U.S., FedEx Express ... 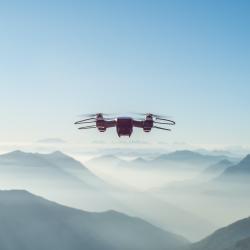 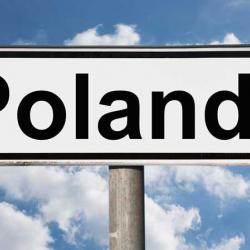 Glory has announced continued expansion, with the opening of a direct sales office in Warsaw. Glory Global Solutions (Poland) LLC will capitalise on growth in the Polish market specifically in retail sector. ... 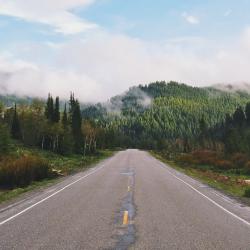 Blue Yonder: Most consumers willing to delay deliveries if it's more sustainable

Survey finds 86% of consumers willing to wait longer for their orders if it helps the environment, 44% say their interest in shopping sustainably has increased since the start of the pandemic

Blue Yonder has released findings from its 2022 Consumer Sustainability Survey, which revealed retail consumer preferences related to sustainable shopping habits. The survey found that more than three-quarters (86%) of consumers are willing to delay ... 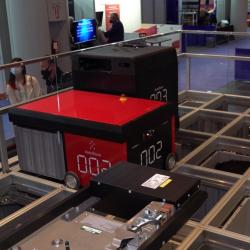 The iXtenso editorial team was hungry ...

... and tested the Gorillas and Flink delivery services

Food delivery services in city centers are picking up speed. Drivers with oversized backpacks on their backs are increasingly common, sometimes even late at night. Popular services promise to deliver the groceries ordered via app to your doorstep ... 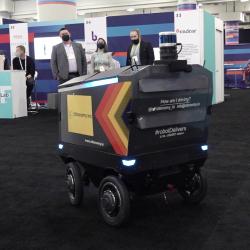 Innovations in logistics from delivery to return

The new last mile: from orderable stores and smart packaging

Logistics on the so-called "last mile" can well tolerate clever solutions, the demand for orders is increasing and future-oriented, sustainable ideas are needed. This applies to delivery as well as transport packaging and the big issue of ... 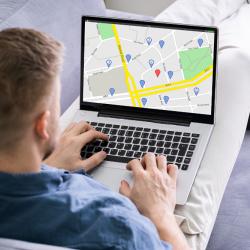 Visibility and control are consumers’ priorities for last-mile delivery

Anyline announced findings of its “Last-Mile Delivery: Customer Perception Report 2022.” The survey, conducted on behalf of Anyline by Researchscape, highlights the major pain points of last-mile delivery that have surfaced since the ... 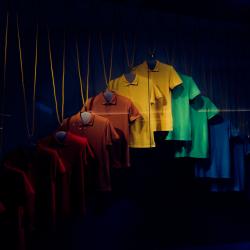 Narvar announced the rollout of its Home Pickup service, a carrier-agnostic returns service that allows shoppers to schedule a courier to pick up return packages at their homes. More than 70 retailers, including DSW and Ann Taylor, piloted the ...