35% Know About Security Policies But Don’t Think it Matters and 25% Don’t Worry About Security, Instead Relying on System Admins to Keep Company PCs Safe

Almost equal numbers of company employees have very different views about corporate security according to the most recent survey of computer users from IT security expert Avira. During a September 2011 survey of Avira users, 38.95 percent of respondents adhere to security policies designed to protect their company, feeling it’s important that the entire company stay vigilant. Almost as many people, 35.42 percent, admitted there are security policies in place at their business but didn’t feel that anyone really cared whether those policies were followed or not.

For the rest of those polled, 25.63 percent, security is seen as a system administrator’s responsibility and not an employee concern. Here is the question and the data from Avira’s survey to users:

How careful are you when it comes to IT security in your company?

“When we see that less than 40 percent of workers take IT security seriously while at work, we know there is more to be done when it comes to educating people about IT security,” said Sorin Mustaca, Data Security expert at Avira. “Employees need to know that security goes beyond just having an antivirus program installed. In the last few years we have seen increasing software exploits used as attack vectors for performing malicious actions. It is critical to keep all installed software updated: starting from patches for the operating system to web browsers, mail clients, office productivity suites, and of course antivirus software.”

Mustaca continued, “Holding regular employee sessions to address the importance of staying vigilant while at work to make sure nothing happens to the corporate or small business network is equally important. I am disappointed to see that a quarter of the users who took the survey are completely ignoring the importance of IT security. If all who access the Internet would fulfill some minimum security requirements then the online world would be a much safer place.”

Industry must take on more responsibility for IT security 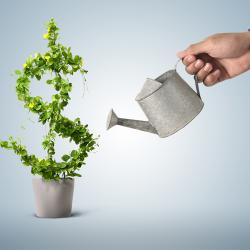