AWEK got the Special Touch 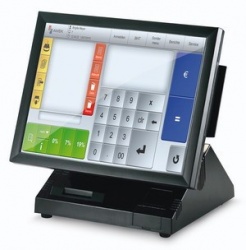 AWEK, full service provider of POS systems, presents its new Graphical User Interface (GUI) of its POS software euroCASH at the trade fair EuroShop 2011 in Dusseldorf, Germany. The user interfaces were designed from the perspective of usability and ergonomics in terms of color and content. AWEK presents the new interfaces of euroCASH in hall 6, booth E/41.

At EuroShop 2011 AWEK stages a new version of the graphical interfaces of the POS application euroCASH. The design optimizes the grouping of buttons and uses color to tell functions apart. Thus, the user is guided by colors to easily find the right buttons, as these are always arranged along the same lines.

Operating a check-out just became easier due to the new color pattern and design on the screen. Cashiers who are already familiar with the functions of euroCASH will recognize established functions immediately. The buttons are logically aligned according to their context, i.e. all keys associated with the receipt are arranged in close proximity to the receipt. Since pictures are easier to grasp and memorize by the human brain, the GUI has easy to understand icons. Even nonnative employees or people with writing and reading disabilities can quickly become skilled at interpreting the symbols.

In developing the GUI AWEK paid close attention on usability, performance, fit for use, user experience, and human-system-interaction. Therefore, the buttons follow a workflow pattern. For example, only relevant functions for the cash situation at hand are displayed.

“A high degree of usability does not only mean that cashiers become more proficient in operating the check-out efficiently and effectively. Just as important is the fact that cashiers become enthusiastic users which will in turn increase customer satisfaction, thus having a positive effect on sales." Says Andreas Berger, CEO of AWEK. "The next generation of POS interfaces we will show at EuroShop is completely intuitive in use."

To optimize the new GUIs to usability AWEK has carried out a separate field study in December 2010. In addition, AWEK is collaborating on joint studies with the Faculty of Economics and Computer Science of the University of Deggendorf, Germany, specializing in Usability Engineering. With further enhancements of the interfaces the entire rage of processes will be aligned to fit the concept of intuitive user guidance and ergonomics.

Goodbye paper receipts: All documents stored in one app

What happens when the Receipt Provision Ordinance takes effect? We digitize!

An APG case study in partnership with Grupo Compostelana 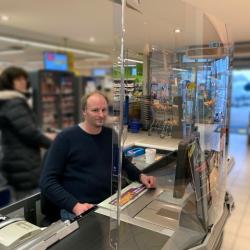 Special times require special action. The past few weeks have shown that unforeseeable events can simply turn the usual life upside down. The corona virus partially paralyses public life completely. Every contribution that helps to keep a regular ...