2015: One in five Americans to purchase a wearable device

Base: Aware of Device
Source: Ipsos

There has been a lot of hype lately around wearables, but are Americans really taking to these new technologies? In short, the answer is yes! According to recent research conducted by Ipsos MediaCT, nearly one in five American adults say they will probably or definitely purchase a wearable device of some type in the next twelve months, pushing intended category purchases ahead of other popular tech gear, including streaming media devices, eReaders and 4K TVs.

“We have been tracking consumer attitudes and device adoption for quite some time, and are excited to share our market understanding about this latest category entrant,” says Julia Roland, Vice President with Ipsos MediaCT. “The findings indicate positive news for tech gear brands: we’re seeing robust consumer enthusiasm and promising sales potential across a range of product types.”

“While fitness brands and watches enjoy the highest levels of consumer demand today, our research indicates that likely buyers are also embracing a range of other device types, from jewelry to contact lenses to e-textiles, suggesting great opportunity for the category’s continued expansion” concludes Roland. “As consumer tech products proliferate and evolve, differentiation and brand positioning become increasingly important. Deeper insights into consumer needs and priorities, including how those differ by segment, will help OEMs drive market share.”

Mobile chat works as a bulletin board 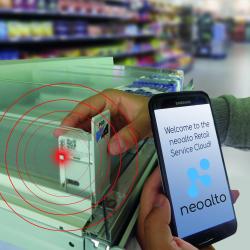