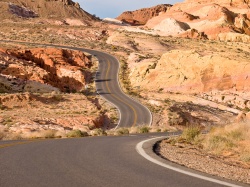 The National Retail Federation applauded the House Transportation and Infrastructure Committee for moving forward with a long-term transportation bill that is critically important to America’s retailers.

“Retailers are among the nation’s largest shippers, moving hundreds of billions of dollars worth of merchandise through the nation’s ports and on railroads and highways each year,” said Senior Vice President for Government Relations David French. “Infrastructure investments must keep up with the expected future demand for freight movement. The condition of the transportation system and its ability to handle cargo quickly and efficiently are vital to retailers’ businesses, and we urge Congress to swiftly pass a long-term reauthorization bill.”

NRF worked to include a strong focus on national freight policy in The Surface Transportation and Reauthorization Act of 2015 (H.R. 3763), as well as a provision that would avert a potentially catastrophic shut down of the American rail network by the end of year by giving railroads an additional three years to implement Positive Train Control (PTC) technology. While NRF supports implementation of this complex technology, according to the Federal Railroad Administration, no Class 1 railroads will be in full compliance by the December 31, 2015, deadline that had previously been set by Congress.

“Freight rail is an integral part of a retailers’ business,” continued French. “Retailers are now in the final phases of their peak shipping season for holiday merchandise. Any shutdown or slowdown of the freight rail system will have wide-ranging impacts on retailers and other freight rail customers. We urge Congress to move quickly to extend the PTC deadline and avoid a preventable economic disaster.”

NRF has been a vocal proponent for adapting the PTC implementation schedule to a more workable timetable that averts a nationwide rail service shutdown. In a letter to the House transportation committee leadership in early October, NRF warned, “Many of the railroads have already alerted their retail customers that the operational impacts may start happening well in advance of the December 31 PTC deadline.” The retail trade association further advocated, “Congress needs to act immediately to ensure rail service, especially freight rail, continues without disruption.”

The Senate has already passed a transportation reauthorization bill (the “DRIVE Act”) with an extension of the PTC deadline. House passage of today’s committee-endorsed bill would clear the way for a House-Senate conference to resolve any outstanding differences and final Congressional action as early as November. In the meantime, Congress will need to pass yet another short-term transportation measure since current funding will expire October 29.

US retail spend set to decline 5.1 % this year

More than double the fall of 2009’s financial crisis 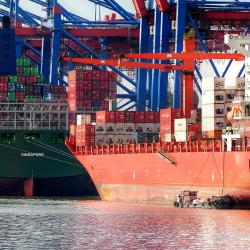 Impact of the Coronavirus on imports

Larger and longer than previously expected

The coronavirus outbreak is expected to have a longer and larger impact on imports at major U.S. retail container ports than previously believed as factory shutdowns and travel restrictions in China continue to affect production, according to the ... 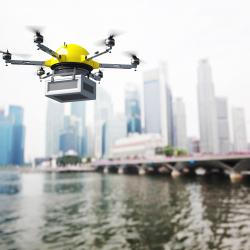 Consumers want what they want, and they want it now. Drone delivery has long been talked about as an option to satisfy consumer delivery demands, but how realistic is it? New research in the INFORMS journal Transportation Science looks at how ... 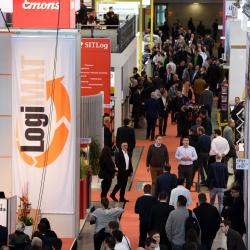 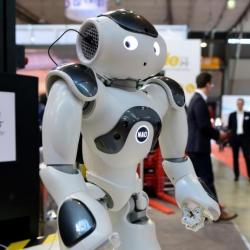 Latest developments in robotics and AGVs

The ongoing wave of automation and technical innovations is leading to greater demand in the intralogistics industry for automated guided vehicles (AGVs), collaborative robots (“cobots”), and picking robots. LogiMAT 2020 is offering ... 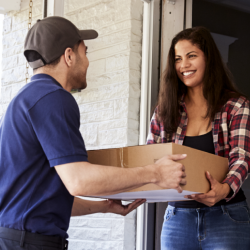 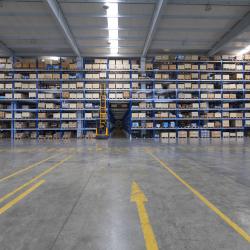 Logistics optimisation through the use of multi-order picking

To maintain competitive advantage, logistics service providers and retailers have embraced automated order picking in their warehouses by implementing pick-to-cart, pick-to-light, voice picking and other technologies. However, despite the success of ... 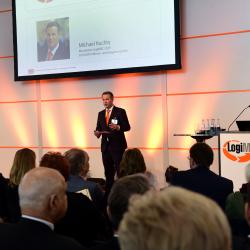 Despite the problems associated with the coronavirus, LogiMAT event organizer EUROEXPO Messe- und Kongress-GmbH in Munich, together with the Messe Stuttgart convention center and the relevant local authorities, had up to now considered it feasible ... 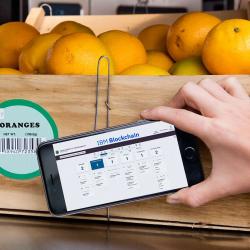 Where do products come from? When was the food harvested and packed and what is its shelf life?Consumers have a right to this information and it should be made available in a compact and easy-to-access format. Since 2020, IBM and Carrefour have ... 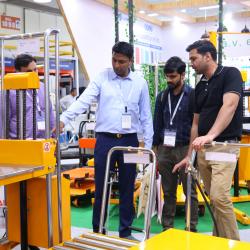 Over the years, India Warehousing Show has been the focal point of industry leaders, key experts, live-demonstration, product launches from all facets of logistics, warehouse infrastructure, material handling, storage, automation and supply chain. ... 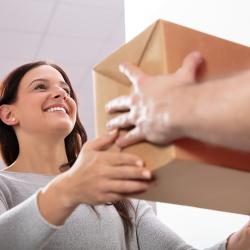 In-store pick up and delivery service in Manhattan

ZIPtized, an on-demand package delivery startup, aims to provide a service that saves time and tackles the inconvenience faced by online shoppers who opt for the popular "in-store pickup" option.  In addition, ZIPtized also provides a ...