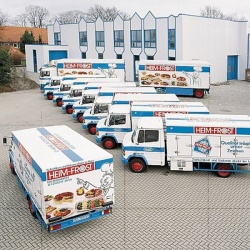 Heimfrost is among the most significant national providers of frozen foods and ice cream and is the leading frozen food delivery service in Northern Germany. The company has been active in direct marketing for over thirty years and today provides more than a quarter of a million private households with a catalog range of products of approximately 400 deep-frozen products. With a channel of distribution of four branch offices and more than 60 independent partner companies, approximately 350 employees ensure that Heimfrost customers are visited regularly every three to four weeks and that annual sales of around 30 million Euro are achieved.

Heimfrost Schumacher GmbH & Co. KG, located in Delmenhorst, has continuously expanded its geographic representation over the years through the incorporation of new distribution partners. The partner-like relationship with the Heimfrost headquarters provides the independent entrepreneurs with noticeable advantages, whereas in addition to the significantly better conditions due to a central purchasing department, the common brand identity is of particular importance. In addition, a lot of money can be saved due to standard advertisement and brochures in mass circulation

Christoph Krapp is a longtime partner of the Delmenhorst headquarters who already became affiliated with the Heimfrost distribution network in January 1987 and today employs twelve shopping consultants who every day process sales with the customers with their frozen foods delivery vehicles.

Too much inventory on the vehicles

Shortly after Chr. Krapp Tiefkühldienst GmbH became a member of Heimfrost, the owner was already asking himself how ordering goods and payment at the doorstep could be optimized. In the past, the driver got a customer list at the beginning of the week, which he then checked off, customer by customer. The orders which the employee took at the door were entered to a list by hand. The goods ordered were delivered to the customer and the corresponding bill was generated manually. At the end of his daily route, the driver responsible for sales and delivery submitted the handwritten order forms and bills to the office. The accumulated values of the daily orders were then transferred to the ERP system. "As inventory was only entered in the ERP system on a value basis, we never knew exactly which inventory was in stock in the vehicles. The drivers decided which goods had to be replenished when based on experience and gut instinct. This inevitably resulted in too much inventory in the vehicles," said Christoph Krapp in explaining the problems of the old procedure. Furthermore, this type of processing was very time-consuming. The exact determination of the inventory as well as the sales of certain products was only possible following laborious inventory taking.

In addition to these problems were the requirements the tax authorities imposed on the frozen foods service. The authorities insisted on a list of each individual sale. These lists also had to be stored for longer periods of time. An IT-supported solution was sought to confine this flood of documents.

Christoph Krapp set out to find a suitable IT system to solve the problem of too much inventory and manual sales processing. However, he was confronted again and again with technical difficulties which could not be overcome by the system providers. The use in a sales and delivery service requires special functionalities which the possibilities of conventional IT solutions do not fulfill. For example, the new mobile units were to have magnetic card readers to facilitate cashless payment using customer or credit cards. Previously this was only possible using direct debit and thus time-consuming and inconvenient. An additional improvement which was aimed for with the implementation of a new system was central inventory management of the refrigerated warehouse and all vehicles. It soon became obvious that an ERP system with mobile multi-functional terminals was the best solution for the required range of application. First, Christoph Krapp tested handheld terminals which had already been implemented at the Heimfrost headquarters in Delmenhorst. However, it quickly became clear that these MDE units were not suitable for the entire sales processing and additionally were already technically outdated. Thus further alternatives were sought and a provider was found which had developed a seemingly ideal solution. But after several test uses, it quickly became apparent that this system was also less suitable, as among other reasons the pocket PC provided did not have a keypad and its operation was therefore very time-consuming and error-prone. In addition, an external printer had to be connected in order to be able to print out sales documents and receipts.

While doing further research on the Internet, Christoph Kraff found an article from a logistics trade publication. There was a report about the ERP system Orgasoft NT and the program "POS Mobile NET" from the Darmstadt system company Signum GmbH, which harmonized perfectly with Casio mobile data terminals. The WWS Orgasoft NT seemed to fulfill all of the requirements and are additionally suited for use in the field during wind, weather and bitter coldness.

"It seems especially important to me that the terminals are manageable and easy to use so that our employees are not occupied too long with ordering and no mistakes are made," said Petra Krapp, responsible for commercial processing within the company. "With the handheld units from Casio, we now have mobile POS terminals which immediately print out all necessary documents and support cashless payments optimally. Additionally, Signum and Casio had already worked together successfully so that we were able to expect smooth installation and implementations," Christoph Krapp added to the advantages of the new solution.

Since the implementation of the new system, the drivers’ workflow has changed significantly. In the morning, the driver switches his terminal on and connects it to the central ERP system with his cell phone via the Bluetooth interface using a GPRS cellular network. The ERP system has already prepared all route data overnight so that the employees can call it up in the morning. Following the data transfer, the driver calls up his route and has his first customer displayed. When arriving at the customer’s residence, offers are presented, the order is taken and finally the frozen food products are given to the customer. The built-in barcode scanner registers the outgoing goods and books this transaction immediately in the system. Thus the driver knows at all times which quantities of each product he still has on the truck. Then the driver generates the bill and the customer can decide if he would like to pay in cash or with a customer or debit card. Due to the integrated card reader, cashless payment has been made much easier compared to in the past. "Previously, our customers could only pay without cash if they filled out a form for direct debit. We then had to process the form manually in the office," explains Petra Krapp.

At the end of his daily route, the driver calls up the order recommendations using his terminal and transmits the daily data and orders to the office using his cell phone. The ordered goods are picked immediately in the refrigerated warehouse of the Heimfrost partner Krapp and provided for the driver to pick up. In this way, the driver can reload his vehicle immediately after ending his route.

Advantages on all sides

The longtime cooperation between Signum and Casio has also proven itself useful for this project. The software developers were aware of the functionality of the Casio terminal and no special interfaces had to be created. "The system has been running smoothly for over a year. The handling is extremely simple and intuitive. Therefore the acceptance is also very high among our employees," explained Christoph Krapp. The advantages for the drivers are obvious. Due to the uncomplicated operation, doorstep selling now goes much faster. The error rate has also decreased sharply as calculation and transmission errors no longer occur. And in case of an incorrect order or billing, the source of the error can be found immediately. Since the implementation of the new system, the drivers’ orders can be processed much more quickly. In contrast to in the past when the employees in the office were occupied with receiving orders for three hours daily, they are now generated automatically. Using the cell phone connected to the terminal, the orders are sent to the office and no longer have to be conveyed over the telephone. Route management has also become significantly less complicated. The routes of the individual drivers are planned three days in advance and loaded onto the data terminal. Thus the unmanageable route documents have become superfluous. "An additional decisive advantage is improved quality control. With the help of the terminal, we can document the temperatures on the vehicles easily. The monitoring of best-before dates is more easily possible," according to Christoph Krapp. Consequently the administrative work has fallen off sharply since the implementation of the Casio IT-3000 in combination with the new ERP system from Signum.

But the installation of the new IT solution also pays off for Heimfrost customers. Not only is cashless payment now simpler many times over, but the customer also receives a clear machine-printed bill on which all relevant data is printed. The customers also profit from the fast order processing and the amount of goods available on each vehicle. The high availability of the goods is always given although it has been possible to reduce inventory by 25 percent with the use of the new system.

"For Heimfrost, customer satisfaction is the utmost priority. With the mobile POS system which is in use by our partner Krapp, customer satisfaction was even able to be increased. In addition, the orders are now processed over the Internet, and this also saves us administrative work," explained Jörg Schuda, General Manager of Heimfrost Schumacher GmbH & Co. KG.

Boom in Eastern Europe and the US and references in Germany

Flexible Software: Everything from a single source 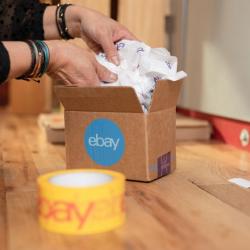 Storing and shipping through logistics partners managed by eBay

eBay is introducing Managed Delivery, a cost-effective fulfillment service to launch next year, beginning in the U.S., that will provide shoppers faster and more reliable delivery on millions of popular products. The initiative will enable sellers ... 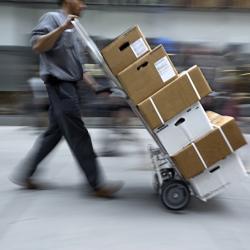 Half of online shoppers did not receive their package

Clutch, B2B ratings and reviews firm, surveyed online shoppers and found that more than half (51 percent) say they did not receive at least one package they ordered online in the past six months.Sixteen percent (16%) of the packages shoppers did not ... 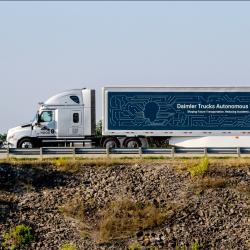 Daimler Trucks and Torc Robotics are actively developing and testing automated trucks with SAE Level 4 intent technology on public roads. The initial routes are on highways in southwest Virginia, where Torc Robotics is headquartered. All ... 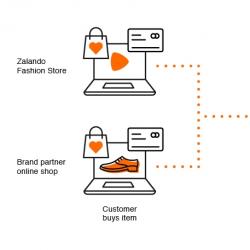 Ordered from adidas, delivered by Zalando: In Paris, the two long-term partners are running a test on how to efficiently steer logistics capacity. During the pilot phase, Zalando delivers goods on the same or next day from its own logistics center ... 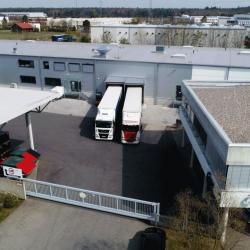 French location of the company in Dagneux complies with international standards 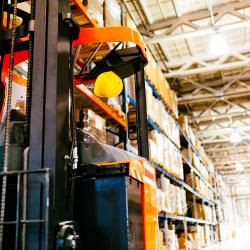 A team of experience in fulfillment software and robotics

Shopify Inc., the leading multi-channel commerce platform, today announced that it has reached an agreement to acquire 6 River Systems, Inc., a leading provider of collaborative warehouse fulfillment solutions. In June, Shopify introduced the ... 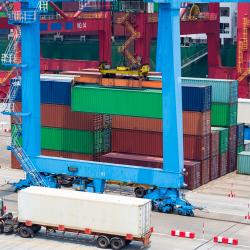 Imports are expected to surge again before another round of tariffs takes effect in December, according to the monthly Global Port Tracker report released by the National Retail Federation and Hackett Associates.“Retailers are still trying to ... 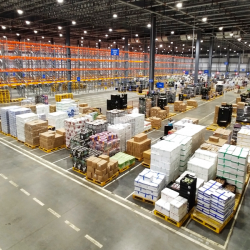 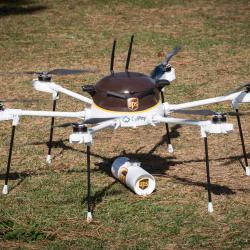 UPS said it has applied to the U.S. Federal Aviation Administration (FAA) for Part 135 certification to operate commercial drone flights in the UPS® network under a subsidiary business called UPS Flight Forward, Inc.The new subsidiary is a ... 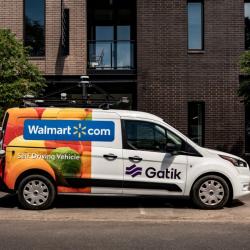 Self-driving cars for customer delivery and transporting goods between stores

Walmart announced a new pilot with autonomous vehicle company Gatik. The company has been exploring a few pilot projects with self-driving car companies that include both customer delivery as well as transporting goods between locations.Tom Ward, ...