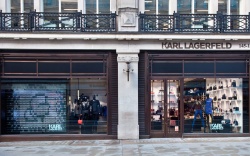 The store is located in the heart of London's Regent Street, home to many well-known labels and fashion boutiques as well as attracting over 70 million visitors a year from all over the world.
Source: Ansorg GmbH

After the successful launch of the first European concept store in St.Germain (Paris) and the opening of stores in Amsterdam, Antwerp, Berlin, Munich, Beijing and Shanghai and other locations, the awardwinning retail concept for the KARL LAGERFELD brand has been just revealed in London.

Ansorg’s LED lighting conception with an innovative and whole-area lighting control system is a key instrument in the scene setting of the brand.

The latest addition to an international rollout of KARL LAGERFELD stores is located in the heart of one of Europe’s most prestigious shopping areas - Regent Street - home to numerous well-known brand stores and fashion boutiques and a destination for 70 million visitors a year from all over the world.

Marked by simplicity, contrasts in shapes and surfaces as well as an interplay between black & white, the store design was created and implemented by plajer & franz studio under the artistic direction of Karl Lagerfeld. spanning over 250 sqm and two floors, the overall store design concept combines the brand’s accessible luxury collections with cutting-edge digital technology as well as Lagerfeld’s iconic design aesthetic thus blending edgy modern and classic
elements.

Materials and their surfaces play a vital role in the shop design, often creating a multidimensionality.reflecting surfaces such as mirror glass or other glossy surfaces contrasted with matted materials such as white laminate panelling on the walls allow to play with perspectives and thus the creation of subtle visual illusions – a creative wink and a detail becoming visible only on second sight.

Beyond fashion and accessories collections, the concept store also embraces KARL LAGERFELD’S affinity and connection to the digital world, doubling as a virtual window to the designer himself. iPads are integrated into display racks, enabling visitors to explore the entire collection online. Further, a digital guestbook on the iPads serves for viewing of the latest collections and news, watching videos, surfing the KARL webpage, and taking photos of their favorite items.

Customers can also leave a personal note for Karl Lagerfeld and in this way communicate directly with Karl Lagerfeld. built-in touchscreens are placed in the fitting rooms encouraging consumers to capture their looks and share the pictures with friends via twitter, facebook or email.

Ansorg´s elaborate lighting concept based on LED-lighting is intercoordinated with the overall store design and integrated into the product display system. At the centre is a newly developed lighting control system which makes it possible digitally by app to dim every individual luminaire in the whole store with regard to their light intensity. That means pure flexibility in store design. By the push of a button new lighting moods can be produced immediately, depending on the time of day, exhibition or occasion. A direct response can be provided for every little change in the merchandising, contrasts can be intensified or softened, areas can be delimited from each other.

Bright and high-contrast lighting of the store is a KARL LAGERFELD signature feature. All of the LED luminaires are equipped with coldwhite light colour temperature of 4000K, which gives the unique black-and-white look an additional brilliance and reinforces contrasts in the product presentation. That promotes the customer’s activity and attention.

The accentuation of the perimeter areas is carried out by spotlights of the BOP family which are fitted in black lighting channels. Product carriers at the centre of the room are mostly fitted with accessories or highlights that are for which the scene is individually set by separate luminaires equipped with narrow-beam spot reflectors. In the areas between the lighting channels or individual areas recessed spotlights of the Lightstripe lighting system are used. In the basement the recessed modules harmonise perfectly with a decorative luminous ceiling.

The lighting concept makes a decisive contribution to an impressive KARL LAGERFELD experience and is designed, with an energy consumption of 12 watts per square metre (during normal store operation), also as a very economical solution.

KARL LAGERFELD succeeds in London’s Regent Street not only with a unique presentation of goods and brands; it is, rather, the case that the store conveys interactivity and enjoyment of fashion.

The Elegance of Light 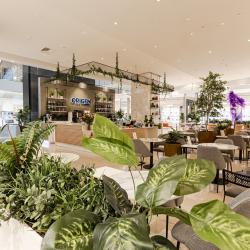 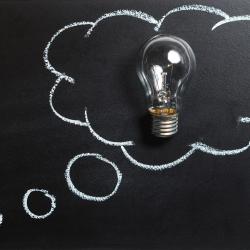 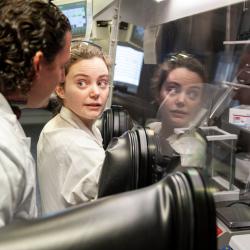